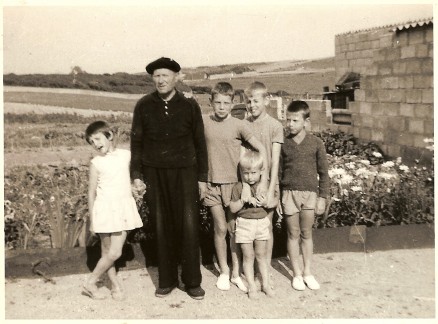 My parents were both from a working class families, living in the north of France.
My mother began working in a factory at the age of thirteen. Later on, she gave birth to five healthy children, of which I am the oldest.
After his junior school certificate and after a few jobs, my father enrolled in the police. He begun as a peace officer and he was promoted up to the rank of commandant.
From my dad, I inherited his vital force and his perseverance and from my mum, her great sensitiveness. 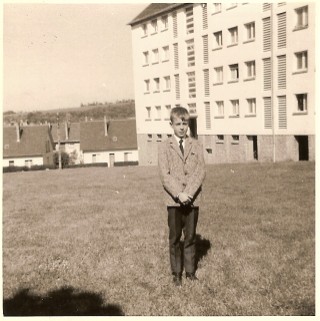 We moved house very often. All us children wanted for nothing, either food or clothes. Well brought up, though in a rather strict way, we always had the necessary support to finish our school homework.

As a child and as a teenager, I was very shy and sometimes fearful. I did not express myself. One told me that I was a daydreamer. Actually, I was cogitating.

At seventeen years old, when I was in secondary school, I got my first job as a post-office employee. I was sorting the mail out during college holidays, even during summer time. Nonetheless, one of the following years, I  travelled two weeks in a car along with my two friends up to Denmark.

My philosophy baccalaureate passed, I enrolled in a business school at La Rochelle. I continued to work part-time at the Post Office, sometimes at night too. And one summer, I worked in London as a labourer in a warehouse. For the ride to London, I was a passenger in a heavy goods lorry. On the way, we stoppedover in Rungis international market where I discovered the incessant activity of man and machine.

After my commercial degree, I did my obligatory military service. First, I was stationed in Toulon where I learned how to handle a weapon. One month later, I was assigned to the Pacific Experimentation Centre in Polynesia. There, I was a pen pusher, I did a lot of sport and I visited a few islands.

Two days after coming back to my homeland, I left directly for England as the assistant of the boss of an export company. I worked there for two all whole years.

Then, I joined the branch office in Paris where I stayed a few months before starting a new job as a contractual state foreign agent, a job I obtained thanks to my father, For this post, I was sent first to Sudan and later to India. Therefore, in 1978, I became the holder of a diplomatic passport, taking pride in showing off my title of embassy Attaché. I then crossed up and down each host country and flew back to France to fulfil one or two missions a year. In this time, I got married.